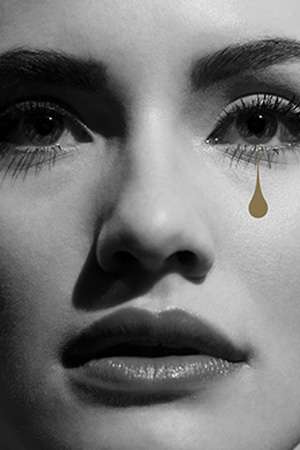 Purchase your tickets now for the 2014 Dallas Show. Online ticketing is now closed. We have a dozen single tickets available at the door, but when they are gone we can not admit any additional people.

Design is important. Like really, really important. Without it, life would be unbearable. Let?s celebrate how many lives we save, children we feed, and diseases we cure by telling each other how great we are.

Physical Delivery Deadline: Physical entries must be at Clampitt by 5pm on Tuesday, April 8th, 2014. No exceptions.

How do I enter?

Purchase your entries and follow the instructions online to confirm your membership (fyi: members get a discount on entry fees!). Full rules and regulations can be found on the official show poster. Technical questions about the entry site should be directed to online@dsvc.org. All other questions please submit to Heather Moore at heather@dsvc.org or call 214-810-DSVC (3782).

Who are the Judges?

Christopher Simmons is a Canadian-born, San Francisco?based designer, writer, design advocate and educator. As principal and creative director of MINE?, Simmons designs and directs brand and communication design projects for clients ranging from Facebook, Microsoft, and Simon & Schuster, to the Nature Conservancy, SFMOMA and Obama for America. His work has been exhibited internationally at galleries and museums, including the Hiroshima Museum of Contemporary Art, the Pasadena Museum of California Art and the Museum of Craft and Design; it is also included in the permanent design archives of the Denver Art Museum.

In addition to writing for design publications and blogs (including his own), Simmons is the author of four books?the most recent of which, Just Design, focuses on design for social change.

Simmons served as president of the San Francisco chapter of AIGA from 2004?2006 and founded San Francisco Design Week, prompting then-mayor Gavin Newsom to issue an official proclamation declaring San Francisco a city where ?Design Makes a Difference.? Simmons was recently named one of the ?50 Most influential designers working today.? He lives in San Francisco with his wife and two boys.

Together with Ian Coyle, Duane runs Huge/KingCoyle, a design innovation lab based in Portland, Oregon that focuses on design, technology, and craft. Duane is the founder of Thinking for a Living, a publisher and curator of thought-provoking design content and a creator of meaningful experiences. He is an Executive Member of the IADAS, the Webby Awards judging body, and serves on the board of Designspeaks. In 2011, Fast Company selected him as one of the 50 Most Influential Designers in America.

Michael Osborne is President and Creative Director of the San Francisco­based graphic design firm, Michael Osborne Design, Inc. Established in 1981, the firm?s work in corporate/brand identity, package design, and print collateral has been recognized by many competitions for outstanding design, including the West Coast Show, American Institute of Graphic Arts, and the Clios. Michael?s work is on display in the permanent collections of the San Francisco Museum of Modern Art, the Cooper­Hewitt National Design Museum in New York, and the Smithsonian National Postal Museum in Washington, D.C. Michael?s work has also been featured in Graphis, Communication Arts, The Society of Typographic Arts, American Institute of Graphic Arts, How Magazine, Print, and Step Inside Design Magazine.

Jim Fiscus is an award-winning visual storyteller who builds his narratives using conceptual photography, his unusually vivid imagination, and a strict dedication to delivering the greatest number of options with the least amount of fuss. ?I would describe my work as a series of environmental portraits,? he says. ?I?m lucky in that I get to create most of the environments. The goal is to tell a complete story within one frame.?

His clients include a broad range of advertising and entertainment companies, from Progressive, Motorola, Gillette, Jameson, British Telecom, and Credit Suisse to Showtime, HBO, NBC, A&E, FX, and Britain?s ITV. And that flexibility is evident in his book. ?When I?m on a call with an art director, I talk with them about how I can create a look that represents them and their client. And they know from my book that there are any number of directions we can travel,? says Jim, whose work has been honored by Luerzer?s Archive, PDN, the International Photography Awards, Communication Arts, Campaign Photo Awards, and PromaxBDA, among others.

Jim is as comfortable traveling to the Deep South to shoot the bearded stars of Duck Dynasty as he is flying to England to photograph Dame Maggie Smith for Downton Abbey key art. And his sense of calm and competence on a shoot puts the actors he works with at ease. ?These people work crazy long hours and put everything into their jobs, and when they show up for a photo shoot it is usually on their day off,? he notes. ?I try to keep the production very organized and quick.?

Trina has helped lead and coordinate multi-agency initiatives for some of the biggest brands in the world, led an innovative start-up to success and is a speaker for women in the advertising and design industry. With extensive experience championing CPG and Pharma, Trina has the unique ability to create 360-degree campaigns that speak directly to consumers ? traversing boundaries and creating opportunities. Her fresh perspectives and razor-sharp insights have also led to a shiny Cannes Lion and speaking engagements at SXSW.

Currently, Trina is the SVP, creative lead of ANTHEM WORLDWIDE?s Chicago, Atlanta and Cincinnati offices. She is also on the steering committee for Women in Leadership for SGK.

When not leading creatives, Trina is designing jewelry and creating her own fine art projects on the side (batik, anyone?).

When is the event, again?

Dallas Show 2014: Do you want an award for that? #awardyourself