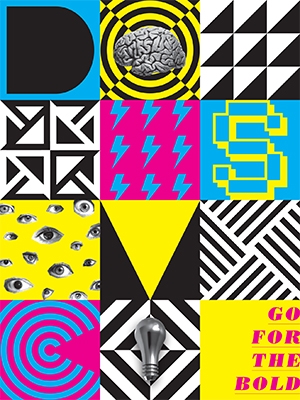 Go For The Bold

Attend The Show—Tickets now on Sale!

Whether or not your work is in this year's show, we highly encourage past, present and future entrants of Dallas Show to attend. We promise a fun-filled evening, and will be sharing details of specific activities and sponsors in the coming weeks.

This year for the first time, we are introducing some additional table options for attendees and guests:

This year, and for the first time, Dallas Show will feature a VIP seating option, complete with dedicated tableside beverage service. Enjoy a premium positioned table, with a dedicated beverage server for your entire table for the duration of the show. No getting up for drinks and standing in line. Your server will take drink orders throughout the show so you can enjoy Dallas Show in its entirety. All VIP Seating placement is on a first-come, first-serve basis, so book early for the best seating options. DSVC Members only.

This year, and for the first time, Dallas Show will feature a VIP seating option. We will position a limited number of tables in prime position for enjoying Dallas Show. All VIP Seating placement is on a first-come, first-serve basis, so book early for the best seating options. DSVC Members only.

Book an entire table for you and guests. All seating and positioning of tables is on a first-come, first-serve basis, so book early for the best seating options. DSVC Members only.

Don’t need a table? No sweat. We’ll have a limited number of dedicated individual table seats available and in clear view of the show. If you book more than one ticket, we’ll place you and your guests together, unless otherwise requested. DSVC Members only.

Individual seating and dinner option for non-members. If you book more than one ticket, we’ll place you and your guests together, unless otherwise requested.

The call for entries is now officially closed for this year’s Dallas Show. Judging weekend occurred April 7 and 8 at Clampitt Paper Center. A total of 127 entries were accepted into this year's show. Accepted entries were released via email on Thursday, April 13. We want to thank all of you who entered work. We had a strong showing from an array of well designed and highly competitive work from designers all over the region.

Lynda Decker seized upon her early career experience working with legends in the creative field to establish a new kind of agency — one that blends the wit of advertising and the discipline of design. She is President and Creative Director of Decker Design, the award-winning New York City-based consultancy she founded in 1996. Decker Design builds leading professional service brands through research, writing and beautifully crafted design solutions. In addition to her work with clients, Lynda is dedicated to the design profession, serving as co-chair of the AIGA Women’s Leadership Initiative steering committee, and as a past Vice-President and longtime member of the AIGA/NY chapter. Recognizing the importance of the written word to the design world, and seeking to improve her own writing, she earned an MFA in Design Criticism at the School of Visual Arts. During the intensive two-year program, she excelled at balancing a full course load with running Decker Design. Lynda began her career at Lubalin Peckolick Associates; she then spent a decade in the world of big advertising, where she joined McCaffrey & McCall, Backer Spielvogel Bates and Wells Rich Green. Her work won a Clio and awards from both the One Show and the Art Director’s Club. Colleagues and clients describe Lynda as highly organized and analytical. She is skilled at grasping complex concepts, planning strategies and implementing tactics to solve problems. And she has an almost superhuman capacity to manage multiple projects and responsibilities. Lynda is passionate about supporting environmental issues, work she often pursues on a pro-bono basis. As a surfer, she values the health of our oceans and as a New Yorker, she is acutely aware of how important our coastline is to the city. Currently, Decker Design is collaborating with the Waterfront Alliance, which works on environmental and public policy issues related to our waterways.

Dora Drimalas is a San Francisco based designer and artist. She was born in Athens, Greece, but grew up in Houston, Texas with her large Greek family. Dora is a formally trained graphic designer who has worked at Nike's Brand Design Group in Portland, Oregon and Tolleson Design in San Francisco, California. She is currently a principal of Hybrid Design in San Francisco, along with her husband Brian Flynn. She has taught Communication Design and Branding at the California College of Arts and at the Academy of Art University in San Francisco. Her work has been nationally recognized by design publications such as Communication Arts, Print and How, as well as several design books. Her artwork has been exhibited in San Francisco, Portland, New York and Malaga, Spain.

Design thinking and creative process are potent strategic ingredients in any worthwhile endeavor. With a first-hand understanding of the power of design, Karin Hibma works to see the world through the eyes of customers, using cognitive identity insights and design thinking to find the strategic “big idea” inherent in every project. An early entrepreneur, Hibma founded creative research company Design Resource. She founded Cronan Artefact – their award-winning Walking Man apparel line was sold in one of the earliest online catalogues. Co-founder and principal of : : CRONAN : :, a strategic identity design consultancy working with change-makers looking for innovative answers, from startups to Amazon Kindle, Apple, Estée Lauder / Origins, Levi Strauss & Co., SFMOMA, TiVo and the White House. Hibma consults with Dr. Paul Polak's international organizations concentrating on ending rural poverty and advising multi-nationals. She is on the board of advisors for the cross-disciplinary MFA program Design for Social Innovation at the School of Visual Arts in NYC. Advisor to the Creative Summit and host of the upcoming CS29 in San Marcos, Texas. Hibma is an AIGA Fellow, and AIGA National Board Member. Featured in the Harvard Business Review and honored with Fast Company's “100 Most Creative People in Business”, “MCP 1000”, and Graphis Masters of Design.

Victor Maldonado has built up a wide range of professional experience in the field of animation. He is the co-founder of Animal Studio and Mad Hatter Studio (creation and development of animation projects for film, TV and internet). In his professional experience at Filmax Animation, he collaborated in the creation of storyboards and visual development for projects such as “Goomer” and “The Lump Forest", before taking charge of the artistic direction of “El Cid, the Legend” (which became the highest box office for an animated movie in Spain). For “Nocturna”, Victor took on the tasks of co-directing, scripting and art directing. Released in 2007, “Nocturna” won the Goya 2008 for Best Animated Feature, and was selected for prestigious festivals such as Venice, Toronto and Annecy. In 2008, he was nominated as BEST EUROPEAN ANIMATION DIRECTOR by the European association of animated films and has won an ANNIE AWARD for character design. Under the Headless banner, along with Alfredo Torres and Adrian Garcia,Victor and team have created and directed the animated sequences for the feature film “Tadeo Jones” (2011) and the title sequence of “Gainsbourg:AHeroic Life” (2010). They recently finished creating and supervising the animated portions for J.A. Bayona’s upcoming film “A Monster Calls”.  They are currently working with Reel FX Studios on the animated feature film, Wish Police (working title). He has worked regularly for production companies such as Dreamworks, Paramount, Nickelodeon, Laika and Disney developing art and storyboarding for several feature films and television shows.

Jessica Svendsen is a designer working in identity, editorial design, and illustration. She is currently an Associate Creative Director at Dropbox. Jessica previously worked as a designer at Pentagram in New York for partner Michael Bierut and at Apple on the global communications team. She teaches design as adjunct faculty at Parsons The New School and the Pratt Institute. She received a MFA in Graphic Design from the Yale School of Art and a BA in English Literature from Yale University.

The Dallas Show is judged by five nationally recognized creatives from across the country. Judges are asked to select work by category to be included in the show and to award medals, with no persuasion or interference from anyone within the DSVC organization.

The number of pieces selected for inclusion in the Dallas Show is at the sole discretion of the judges, as is the number of pieces that will be included in each category. Once the judges have determined which pieces will comprise this year’s Dallas Show, they decide as a group which pieces will receive medals. Judges select medal winners from the pieces that are chosen for inclusion in the show, and do not award medals based on category. Because of this process, some categories may have several medal winners and some may have none. Bronze, silver, and gold medals are awarded to signify the level of excellence the judges determine a piece to have, and do not represent first, second, or third place in a particular category.

For questions about the judging process, contact DSVC Executive Director, Jenny Fleming, at jenny@dsvc.org or 214.810.DSVC (3782).

Entries and payment are submitted digitally, but physical submissions are required for judging.

Mail or deliver submissions to:

All work must be delivered to Clampitt Paper by 5:00pm on Tuesday, April 4th, with no exceptions. Any work received after this time will not be judged.

Work published between April 2nd, 2016 and March 24th, 2017 is eligible for entry. Regardless of its name, the Dallas Show is open to all creative companies and individuals, regardless of company location or what market(s) entered work appeared in. Only final, published work may be entered in the Dallas Show. Spec work for a real client, solutions created but not published for a real client, or fictitious work created as exercises or experiments may not be entered. The only exception is the Golden Trash Can category; see rules please. Student work cannot be entered in the Dallas Show, but is welcome in the National Student Show and Conference’s competition; visit nationalstudentshow.com for details.

For questions about submissions, guidelines, or categorization, contact Dallas Show Chair, Andy Slipher, at dallasshow@dsvc.org or 214.448.4234.