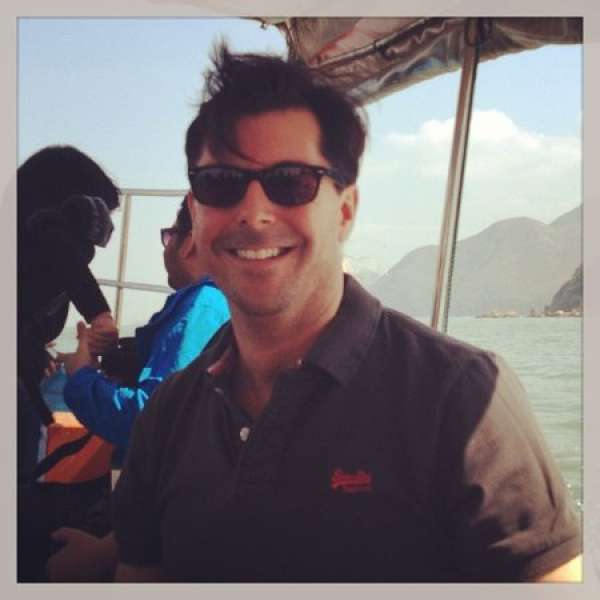 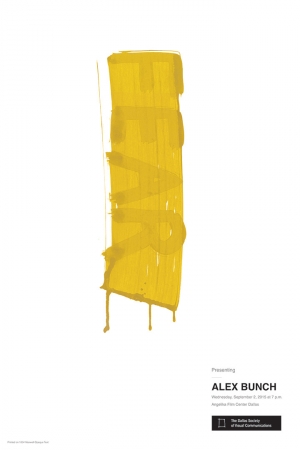 The DSVC is proud to welcome back Alex Bunch to Texas and to the DSVC. Last year, Alex was one of our judges for the Dallas Show. But, just 20 years ago, Alex was a creative right here in Dallas for The Richards Group and Slingshot.

Since then, Alex has truly gone global. He has worked extensively in over 24 markets, including the UK, France, Brazil, Russia, China, Indonesia, India, and Mexico. This meeting is a great opportunity to learn from a creative with a wonderfully diverse range of market experience.

WELD is a collaborative workspace that creates community for designers, programmers, photographers, freelancers, and other creative entrepreneurs. They offer a range of co-working spaces such as shared worktables, personal desk spaces, individual offices, and photography studio space.

WELD is offering FREE day passes to meeting attendees who sign up for their mailing list. Be sure to visit the WELD table during the reception hour to get in on this great deal.

In addition, WELD is offering an exclusive year-long 30% discount on studio rentals to DSVC members. We will have full details on how to redeem this offer at the meeting.

Do you remember those pivotal moments in your life? Those stand out, defining moments?

You can think back and think, “Ah, that’s when it all changed.” Alex Bunch remembers vividly those moments. On September 2nd he recalled those times with us in his talk about Fear in Creativity. He led us through his career journey that started at a young age, explaining pivotal moments that defined the person he is today and the person he is trying to be. The fear all creatives may carry around with them and how he set himself free.

His journey began at age 2, precisely the first time he saw this “It’s The Real Thing” Coca-Cola commercial that left him thinking “I want to be a part of that,” he said.

“That [commercial] really spoke to me, and my dream at that time was one day I’m going to work on a Coca-Cola commercial. So I put that out into the universe and that’s where the journey began.”

He knew he wanted to be a creative. So he started drawing, sharing his work. Until he was 8 years old and excitedly showed his mom his latest masterpiece looking for her usual praise. What he was met with was, “What is this, this doesn’t look good, these don’t even look like real people.”

“I realized I wasn’t very good and didn’t know what I was doing,” Alex said. “Because when your biggest fan says you aren’t good, you believe them.”

Sadly, he experienced his first negative critique at a young age from his mom. He caught her at the wrong time, but her comment had a lasting effect. He carried it around with him through high school and college, his career at The Richards Group and Slingshot where he didn’t lose a single pitch, and on to becoming a Global Creative Director. His successes were always clouded by the fear everyone would figure out he was a fraud and didn’t know what he was doing.

Then comes the third pivotal moment. Reconnecting with his old boss who told him we all just figure it out as we go. His fears weren’t unique, but were unrealistic.

Alex wrapped up his talk nicely, explaining what he is working on these days. It was the most inspiring part of his speech because he spoke about it with such appreciation, finally doing work while feeling deserving and free from his fear.