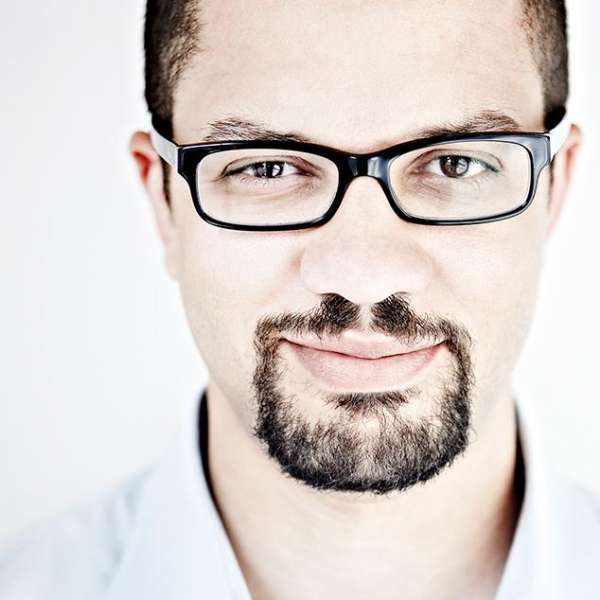 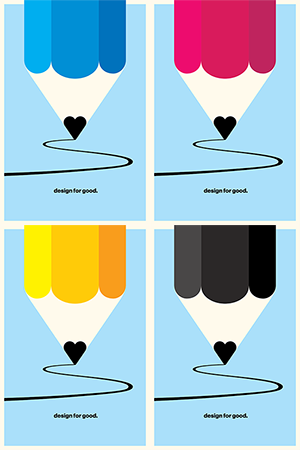 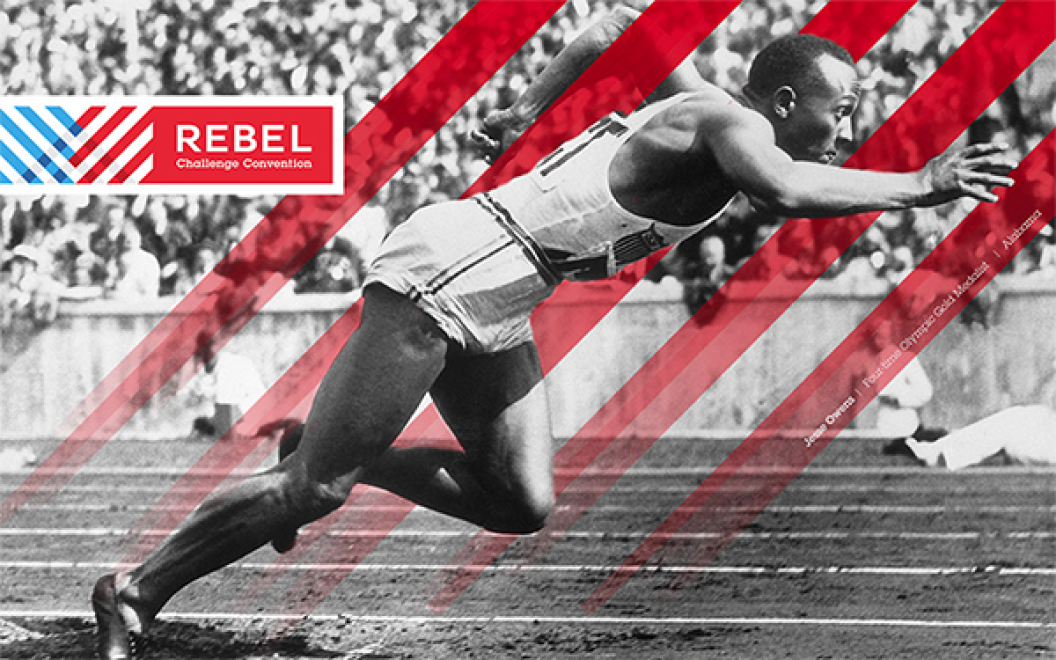 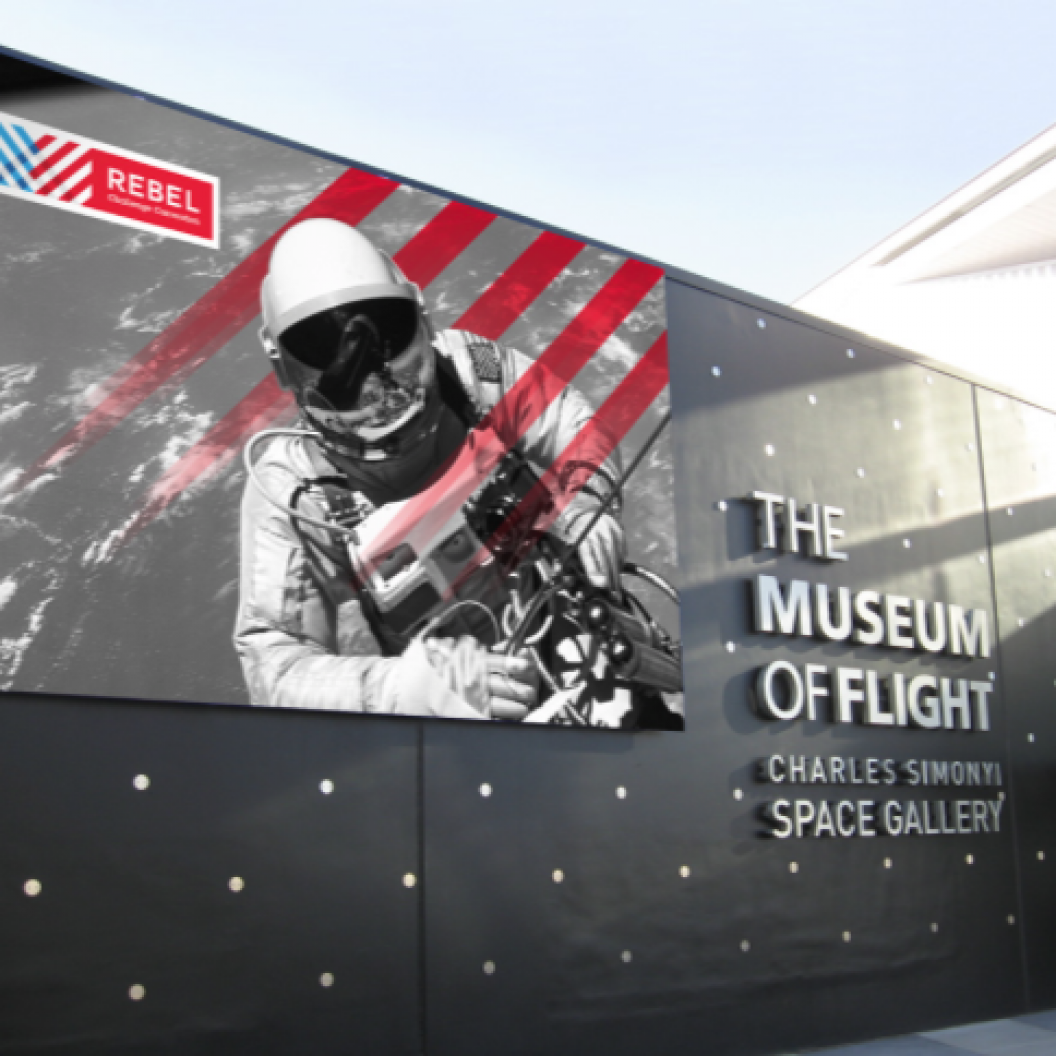 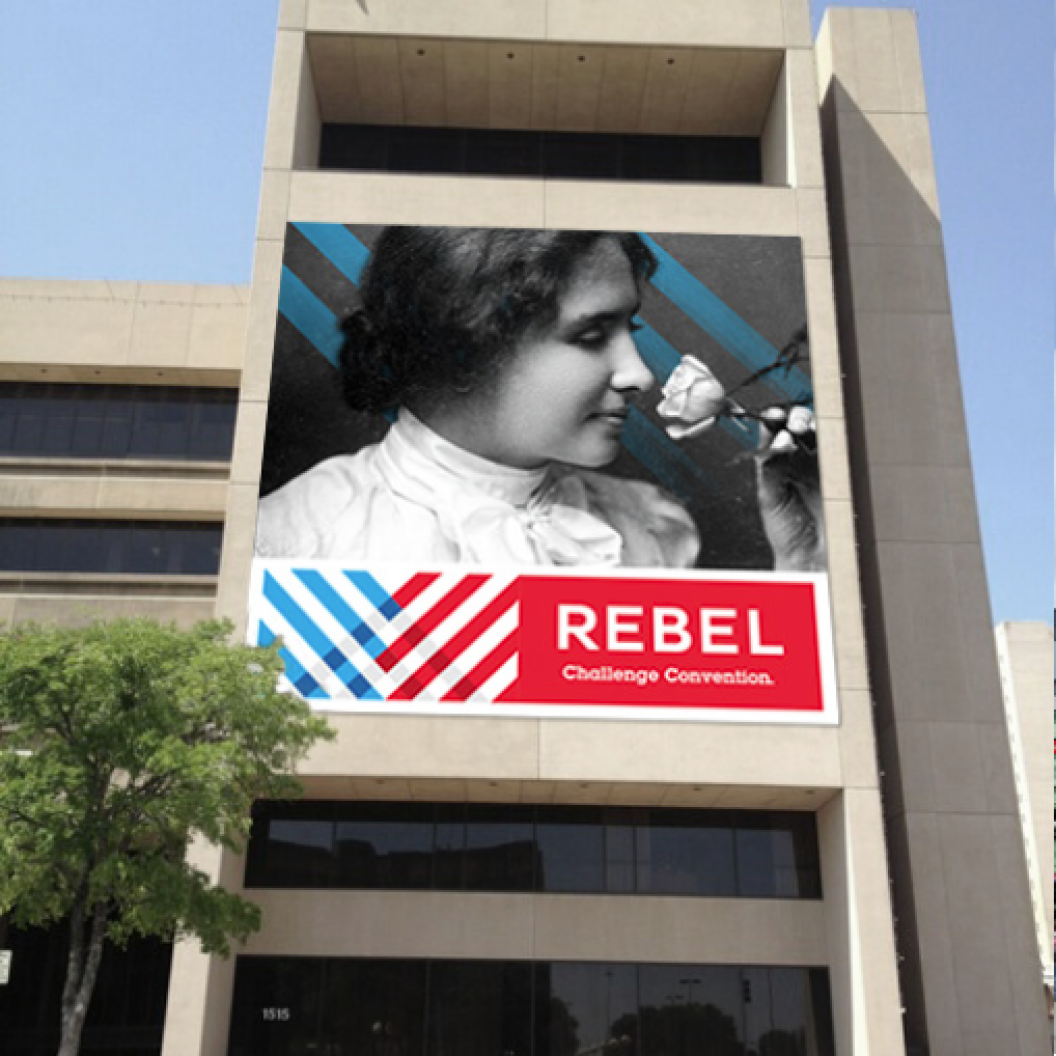 DESIGNING FOR GOOD – A MAN WITH A VISION

The Dallas Society of Visual Communications (DSVC) hosted another design lecturer superstar at the Angelika Theatre during the January ‘16 monthly meeting. Gus Granger,Principal and Founder of 70kft, a prominent design firm in Dallas, continues to make a big noise while evangelizing his latest credo “Design for Good.” His message made such an impact on one audience member.

She stated, “I have never been to an event like this. It is very inspiring to see someone do work that has had such a great impact on the world. I am new to the design field. It is people like Gus that make me glad that I’ve chosen a career in design. I made the right decision."

Gus, humbly replied, “Wow, thank you. You just made my year.

Gus was introduced by Frances Yllana, the current President of the DFW chapter of AIGA. She shared her story of how Gus has influenced and mentored her. As a result she began writing a tribute to one person daily and volunteered for causes she cared about. These gestures opened her up to a substantially more creative life experience thanks to Gus. Gus’s body of work epitomizes the concept of “design for good.”

There was a poster series made available for attendees the evening of Gus’s talk. The illustrated vector drawing of a pencil with a heart motif embedded near the tip of the lead with the headline “Design for Good” in CMYK spoke to the “good” designer and lithographer in all of us. The posters were designed by the 70kft team and donated by the DSVC paper and printer sponsors.

Design for good is not a new concept. However for Gus it is a passionate and steadfast one. Gus believes that every designer has the power and the responsibility to design for good and it is imperative that designers support and get involved in design organizations in their respective cities. According to Gus, advancing the design profession is the first cause that we should be fighting for. The immediate benefit from doing so is professional advancement. 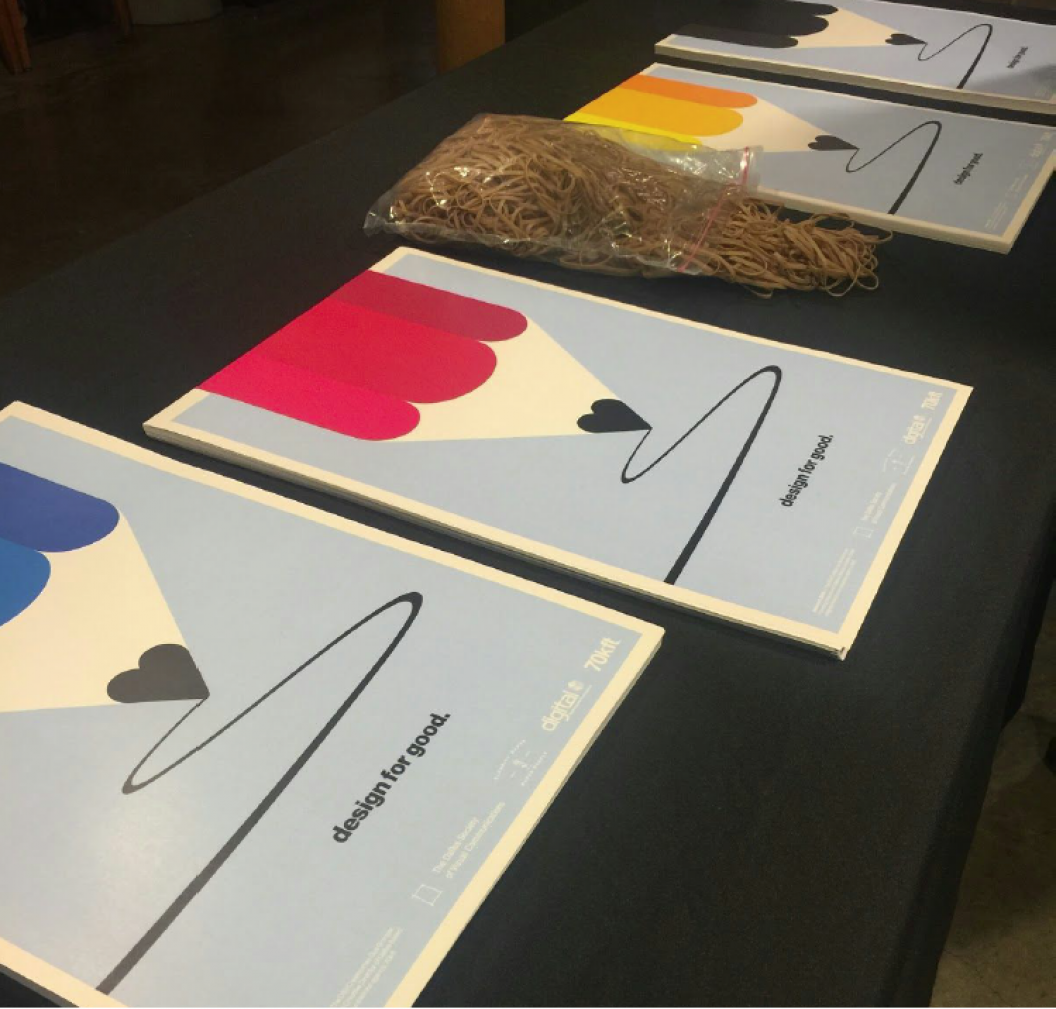 Gus started his own design firm after getting married and flitting around for a while before deciding to plant roots in Dallas. He named his first firm Gus Granger Design initially. Being inspired by firms like Pentagram and IDEO he wanted a name that stood out more, something enigmatic like Stratosphere Creative. With a little grit the name morphed into what is known today as 70kft. 70kft is not only an acronym and a logotype. It is quite literally an icon both visually and culturally that conveys the imagination of Gus Granger whose vision reaches far beyond the stratosphere.

In 2015, NPR Studio 360 approached Gus Granger with a provocative challenge, to design a new symbol that represents the South. The project was named, Rebel: Challenge Convention, and quickly attracted the attention of the media, putting Gus and his team at 70kft on a very public stage. It wasn’t until Rush Limbaugh made mention of the project on his radio talk show, that Gus and his team felt the full impact of being in the public eye.

Given the controversy and varied emotions surrounding southern symbolism particularly the confederate flag the team explored many concepts before the final design was released to the public.

Gus wanted to tap into the idea of being a “Rebel” or being rebellious. The new symbol needed to be disruptive yet understated and recognizable while at the same time unique. This was not an attempt to redesign the confederate flag. The task at hand was to give the South a modern symbol that was fresh and uplifting. Gus’s vision was to tell the modern story of the South. “There is a lot of greatness from the South that is not celebrated”, he stated. “It’s time to shift away from the old story and start telling a new one. A modern one.”

Many concepts were explored ranging from a signature script adapted from Martin Luther King Jr.’s handwriting to the exploration of quilt patterns, stars and stripes along with other flag symbolism.

With just a week away from the deadline Gus started playing around with the exploratory work his team had done. The look and feel of stripes and patterns along with the quilt idea made sense to Gus. Interwoven blue stripes and red stripes brought together to a point that symbolized pointing south. Gus wanted to create something new using the old. This idea of quilt making and patterns associated with traditional folk art went through several iterations. The melding of pattern and traditional flag colors into woven stripes resulted in the final iteration of the interlaced chevron striped motif seen throughout the campaign.

The new symbol for the South emerged.

When the time came to tell the story they could not just send an image to the press. They had to tell the whole story. What does this new symbol mean and how did it come to be? Gus’s team created a quick video and website for the new symbol to live. From there, his public relations team helped him tell the story to the media. 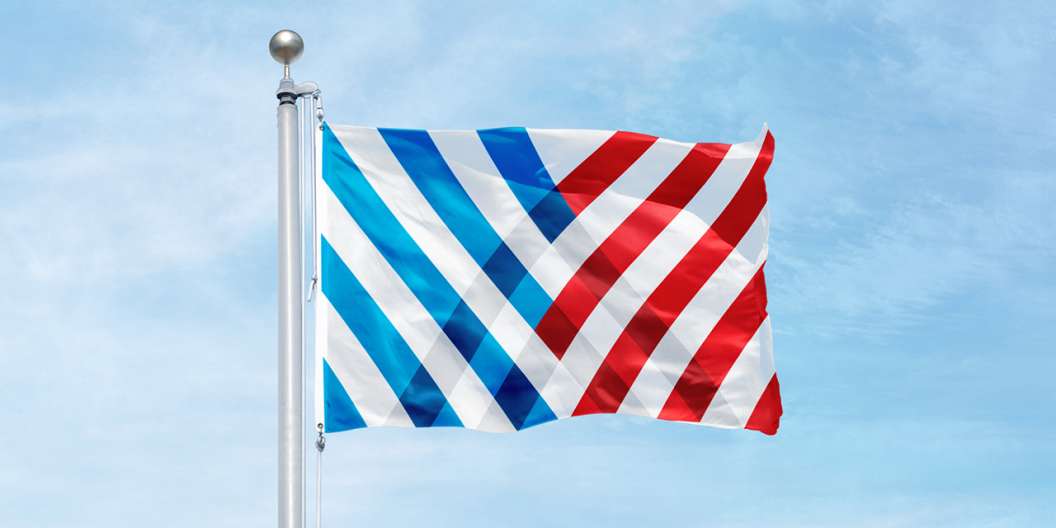 The website shares all of the rationale including examples of the work and the process the design team went through to arrive at the final solution. The tagline Rebel: Challenge Convention is symbolic as well. A rebel is one who rejects the status quo. One who makes injustice take a back seat. One who marches to the beat of his or her own drum.

The modern Rebel project took the nation by storm and went viral soon after its debut. The attention it received was both positive and negative. There were lots of people who refused to embrace the campaign. However, the positive impact the campaign had on the populous by far outweighed any negative publicity.

At the close of the meeting the audience had many questions and comments that were answered graciously and with vigor. It was a pleasure to meet Gus and experience first hand the passion and insight that comes from a true creative, someone who is a risk taker that sides with the underdog. Gus and his team at 70kft continue to do great work. Design for Good is something we can all aspire to. It takes passion to breathe life into this message, making it new once again.