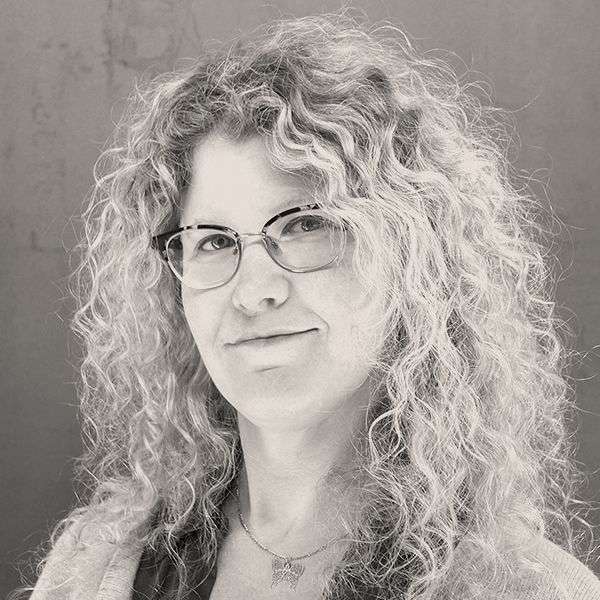 Erin Sarofsky established her company, Sarofsky Corp., in January of 2009. Sarofsky specializes in design-driven production, working with a broad range of clients in the advertising, broadcast, network, film and entertainment industries across the United States and in Europe. Our artists use animation, visual effects, computer graphics and live action to collaborate with clients, from concept to delivery, producing work that is visceral, innovative and diverse. We produce work that crosses all platforms, including commercials, television and film main title sequences and web efforts.   Since 2009, we have formed ongoing relationships with JWT, The Martin Agency, Wieden+Kennedy, Leo Burnett, Ogilvy, Arnold, etc., as well as Ogilvy, and Warner Brothers Animation, all of which are still going strong today.

Erin is a firm believer in the old adage, “You’re only as good as the company you keep.” So everyone at Sarofsky is proud that in a very short time, we’ve found ourselves competing with the most established and creative companies in the business… And winning. In the first five years of business, Sarofsky has worked with a wide variety of noteworthy clients including Coca-Cola, General Motors, Cadillac, Motorola, Kodak, CenturyLink, Walgreens, Verizon, NBC Universal, Sony Pictures, Fox TV Studios, AMC, Showtime, the Russo Brothers and John Wells Productions.

Sarofsky’s latest work includes several outstanding projects in both the entertainment and advertising industries. Our featured entertainment pieces are the main-on-end titles for the hit Marvel film, Captain America: The Winter Soldier as well as the main title typography for their other summer blockbuster, Guardians of the Galaxy. These projects came to fruition thanks to the longstanding relationship Erin and directors Anthony and Joe Russo, who Sarofsky worked with on Community, Happy Endings and Animal Practice.

We are especially proud of the opening sequence and interstitials we created for Oscar-nominated filmmaker Richard Robbins’ Girl Rising, for which Erin Sarofsky was given Co-Director credit. On the commercial side, we are excited to present our re-branding efforts for Verizon FiOS, consistent CenturyLink work and our latest spot for Tic Tac.

We are all thrilled that our work has been featured in a variety of our favorite, go-to industry publications including Shoot; Stash; Boards Magazine; Motionographer; Forget the Film, Watch the Titles and Art of the Titles. Our main titles for Shameless and The Killing finalists in both the Type Directors Club Intro Awards and SXSW Film Design Awards… And our sequence for Shameless won the Gold in the 2012 PromaxBDA Design Awards.

Erin and her talented crew of artists, designers and producers at Sarofsky continue to bring a whole new level of design and concept to many national clients in both the advertising and entertainment arenas.